Over the past month, we’ve turned down a few acquisition offers and told would-be investors who offered to support us that they should wait until we open our next funding round. We’ve also been fortunate to have had a few well-known Silicon Valley VC firms reach out for a conversation.

We believe this is because we’ve started to put the right chess pieces in the correct positions.

I realise the often-used phrase is “play chess, not checkers” or some variant. The reality is that when running a startup, one sometimes has no choice but to play checkers most of the time, despite wanting to play chess. The speed we’re often running at only allows the headspace to see what’s directly ahead of us and react as best we can.

I spoke with a good friend recently, who happens to be a senior cybersecurity person at a large global cloud infrastructure provider. I caught myself telling him that “we’re currently spending a lot of time trying to move the right chess pieces into the right positions”. It’s not a phrase I’d uttered before, nor had I ever used chess to describe what we’re doing.

If we were playing checkers, we’d have entertained the thought of being acquired. A profitable exit less than two years into existence is an excellent result by most measures. However, we’ve not yet reached our “Everest”, and being acquired now would seriously compromise our ultimate mission and vision.

That same friend I mentioned earlier told me he’d not seen anyone else in the market doing what we’re trying to achieve. The first time he saw a demo, he was amazed by how much we’d built in less than two years.

Everyone who has ever seen the Avertro platform comes away with the same reaction. That spark of realisation in their eyes is the Speed Force that keeps our Speedsters going (If you don’t get this reference, read up on “The Flash”).

A good leader tries to “fire themselves from as many internal roles as possible” to do their actual job. I still wear many hats, but there are other world-class team members around that can now pick up some of those I used to wear.

Our team has tripled in size when compared to nine months ago. The increase in the number of Avertro Speedsters has given me the headspace to switch from playing checkers most of the time and chess some of the time to playing chess almost all the time.

More importantly, those around me do their jobs in a much more focused and effective manner than I can. Our team of Speedsters is the Speed-Force-multiplier that makes us exponentially better.

We’re able to address many problems that our customers need us to solve. After all, we pride ourselves on listening to our customers and the market. At the same time, we have an ambitious vision of what we need to build to make a real and sustained impact.

Having more Speedsters has helped us gain clarity. It took multiple workshops and discussions to refine our thinking, but we eventually asked ourselves a question:

“What do we ultimately want to help cybersecurity leaders do?”

Our answer was this:

“Our platform should be the first thing cybersecurity leaders look at each morning to decide what’s holistically important.”

It subsequently dawned on us that we must be a Cyber Management Decision System (MDS), one that helps leaders manage the business of cyber using defensible insights to determine what’s essential. To do that effectively, we must also deliver the industry’s most elegant, holistic, data-driven narratives, stories, and executive reports. 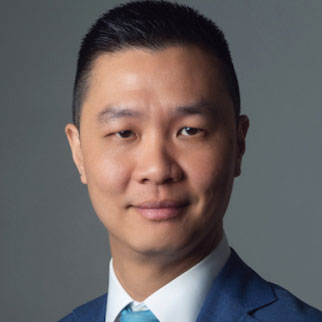 January 27, 2023
Avertro announced as part of the Tampa Bay Wave’s latest CyberTech Accelerator cohort
October 26, 2022
Cybersecurity and the Australian Federal Budget: October 2022 Edition
October 24, 2022
Announcing CyberHQ® support for the AICD CSCRC Cyber Security Governance Principles
September 15, 2022
How to find us at AISA CyberCon 2022
September 5, 2022
Happy third birthday to us!
August 23, 2022
ASIC finally has the fangs to ensure companies actively manage their cyber resilience
August 9, 2022
What is Phishing? And How to Protect Your Tech Startup From Them
August 2, 2022
How to Respond if Your Business Is Impacted by a Cyber Attack
July 19, 2022
What’s the Bare Minimum Security You Need as a Technology Startup?
July 12, 2022
Are You a Tech Startup? Set up Your Cybersecurity Processes in 4 Quick Steps

We send out information from time to time. Sign up with your email if you'd like to hear from us.

Thank you! Your submission has been received!
Oops! Something went wrong while submitting the form.
By clicking “Accept All Cookies”, you agree to the storing of cookies on your device to enhance site navigation, analyze site usage, and assist in our marketing efforts. View our Privacy Policy for more information.
PreferencesDenyAccept